Cross-Cultural Issues between the English and the Chileans: An Introductory Analysis to Understand Cultural Differences in Business and Society

Cross-cultural relations between the Chilean and the English are becoming more and more important, especially since Chile is reinserting itself into the world of international business. Though the effect that cultural difference may have is a well documented topic, there is limited literature about the specific differences between Chileans and English, and how they view each other.

The literature review shows the effect that history and natural conditions have had on the minds and behaviour of the Chileans, and allows us to understand their motives and thought patterns. Chilean society, as a result of the strong influence received from the ‘Old Continent', is described as much closer to Europe than most of the other Latin American cultures.

The interviews revealed some very interesting opinions of one group towards the other.

The Chileans, naturally more concerned with relations and family, find the English rather cold and unsociable. They also mention that the English are political, rigid, not very hierarchical but show respect towards authority. For the Chileans, the English are focused and goal oriented, but they are not seen as people that try to impose; they like the decisions to be generated by consensus. They are trustworthy because they honour their word, but they are not loyal to their jobs.

In the eyes of the English, Chilean people like to have face-to-face contact and give big importance to relationships and family issues. Despite being affable and easy going, the Chilean orientation towards family makes it difficult to penetrate their deepest circles. Chileans are also seen as hierarchical, with strong social differences and with a tendency towards authoritarianism. Chileans are described as people who are rather passive and who prefer to avoid conflicts. Although, when the conflict explodes, they might be quite passionate as well. They tend not to assume responsibility, but competition amongst their peers is forcing them to work longer hours and causing increasing levels of stress.

In spite of all its limitations, the importance of this study is indisputable, as it presents real and practical information about how culture influences the relations between Chileans and English. It may well become a starting point for people interested in this particular topic. 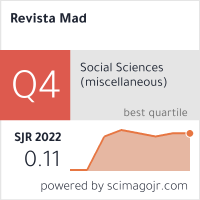